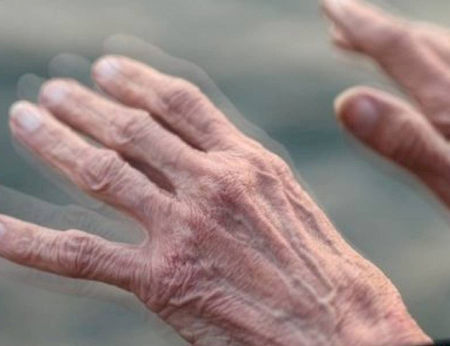 A study published in Nature Communications today (Wednesday 10 February) presents compelling new evidence about what a key protein called alpha-synuclein actually does in neurons in the brain.

Dr Giuliana Fusco, Research Fellow at St John’s College, University of Cambridge, and lead author of the paper, said: “This study could unlock more information about this debilitating neurodegenerative disorder that can leave people unable to walk and talk. If we want to cure Parkinson’s, first we need to understand the function of alpha-synuclein, a protein present in everyone’s brains. This research is a vital step towards that goal.”

Parkinson’s disease is a progressive neurological disorder that causes nerve cells in the brain to weaken or die. The disease has a variety of symptoms including tremors – particularly in the hands – gait and balance problems, slowness, and extreme stiffness in the arms and legs. Parkinson’s develops when cells in the brain stop working properly and can’t produce enough dopamine, a chemical that controls movement in the body by acting as a messenger between cells.

The disease mostly affects people over 60 and gets worse over a number of years but early-onset Parkinson’s can affect people even younger.

It is not yet known why people get Parkinson’s, but researchers think it’s a combination of age, genetic and environmental factors that cause the dopamine-producing nerve cells to die affecting the body’s ability to move.

The new study looked at what was going on inside healthy conditions to help pinpoint what is going wrong in the cells of people with Parkinson’s. All cells in the body have a plasma membrane that protects cells and usually transports nutrients in, and clears toxic substances out.

Dr Fusco explained: “One of the top questions in Parkinson’s research is: what is the function of alpha-synuclein, the protein that under pathological conditions forms clumps that affect motor and cognitive abilities? Usually you discover a protein for its function and then you explore what is going wrong when disease strikes, in the case of alpha-synuclein the protein was identified for its pathological association but we didn’t know what it did in the neuron. Our research suggests that the alpha-synuclein protein sticks like glue to the inner face of the plasma membrane of nerve cells but not to the outer- a crucial new piece of information.”

The scientists used synthetic models to mimic brain cell membranes during the study.

When this protein is functioning normally it plays an important part in the mechanisms by which neurons exchange signals in the brain. But it has a dark side because it malfunctions and begins to stick together in clumps which eventually spread and kill healthy brain cells. Our research showed that this protein clings onto the inner face of the plasma membrane of brain cells so we are slowly building a picture of this very complex disorder by studying the key function of alpha-synuclein.”

There are treatments and drugs available to Parkinson’s patients and the disease isn’t fatal, but nothing is available to reverse the effects of the disease. Introducing lifestyle changes including getting more rest and exercise can also alleviate symptoms.

Professor De Simone added: “We have thousands of proteins in our bodies and until the function of this mystery protein is confirmed with more research, drug therapies cannot begin to be developed to tackle the origins of Parkinson’s Disease in case medication accidentally affect a crucial purpose of the alpha-synuclein protein.”